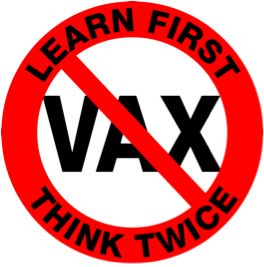 Spread the Hot Shot Above.

The top eschelon of the Centers of Disease Control and Prevention and their Big Pharma partners covered up the data on the vaccine/autism connection according to transcriptions of tapes from private meetings between them. According to Kennedy, the second part of the meetings were to determine the best way to keep the report secret. Then, the reports showing autism causation were doctored in Europe by fraudulent data manipulation and disseminated to the lazy “free” press. Kennedy’s written story, Deadly Immunity, appears here in the Journal, for the details.

But I thought you would also be shocked at the public revelation he gave at the steps of U.S. Capitol to an elated crowd. And be sure to SHARE this with your family and friends with this button

This entry was posted in AUTISM PLUS ONDs, Vaccine Nation: Mass Vax and tagged Autism/PDD, Global and U.S. Politics, Vaccinations. Bookmark the permalink.