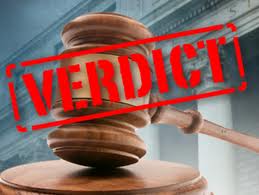 The SWAT-like team raid in December 2008 of a food coop called the Manna Storehouse near LaGrange, Ohio (Lorain County) was heavily covered here at the Journal. Sheriff deputies and agents from Ohio Department of Agriculture and the county health department stormed the home while homeschool was in session with several children and were held at bay in a room for seven hours while agents confiscated food, computers and records. They did not obtain a food service license after it was requested by the health department. After a court ruling earlier that Manna required a food service license from the health department, owners John and Jaqueline Stowers appealed. Yesterday, the verdict on the appeal was that Manna is a retail store and must be licensed, according to the Lorain Morning Journal newspaper:

The Stowers filed some 70 complaints to the federal court, among them: claiming unlawful search and seizure, violation of equal protection and due process, unlawful exercise of administrative authority, unlawful application of state police power, violation of inalienable and retained rights and taking advantage of private property without compensation– but the suit was dropped and taken into a state court and the court ruled in favor of the state and this prompted the appeal.

9 responses to “Court Verdict on Manna Storehouse Food Coop; Results of a SWAT-like Team Raid on a Family Mini-Farm”