Tonight’s post is by Kristin Wartman. She contributed another article for the Journal recently helping to settle the Big Fat Debate.  Kristin is a food writer living in Brooklyn. She has a Masters in Literature from UC Santa Cruz and is a Certified Nutrition Educator. She is interested in the intersections of food, health, politics, and culture. You can read more of her writing at kristinwartman.wordpress.com. I was happy to score this one today since foods do play a major role in ADHD—over 60% of children with ADHD can recovery through special dietary guidelines.–Augie 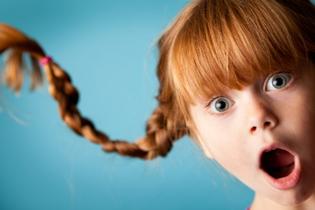 Over 5 million children ages four to 17 have been diagnosed with attention deficit hyperactivity disorder (ADHD) in the United States, and close to 3 million of those children take medication for their symptoms, according to the Centers for Disease Control. But a new study reported in The Lancet last month found that with a restricted diet alone, many children experienced a significant reduction in symptoms. The study’s lead author, Dr. Lidy Pelsser of the ADHD Research Center in the Netherlands, said in an interview with NPR, “The teachers thought it was so strange that the diet would change the behavior of the child as thoroughly as they saw it. It was a miracle, the teachers said.” END_OF_DOCUMENT_TOKEN_TO_BE_REPLACED

Thinking Like a Cow . . . and How Raw Milk, Living Food and Music Relate to Autism

David was offering the gift of Living Food. He kept calling them "proposals".

consultant and university professor —and to hear other eco-farming icons and meet many others to sign them on as  sponsors of our new Living Food bulletins. Temple was named in the top 100 most influential people in 2010 with a cover story by Time magazine and a new movie, a biographical documentary (trailer).

Temple Grandin and my son David Jr. (Augie in the middle)

It was a special time for us. For many years, I have wanted to take my 24-year-old son to farms and conferences like this. Last year, I held the first Ohio Raw Milk Conference at a resort and I wanted him to come and meet everyone and play piano. He is always asking to go with me on business trips. He enjoys it so much and it does so much for him. Unfortunately, this was not possible much at all for reasons revealed below. END_OF_DOCUMENT_TOKEN_TO_BE_REPLACED

Posted on November 1, 2010 | 10 comments
Once again Sylvia Onusic, PhD is our guest blogger tonight. She provides two reviews of books by Jenny McCarthy on autism prevention and healing. This is added to our 50-plus articles on autism (and vaccinations). By the way, our new iShop now has an eBook on Legal Vaccination Exemptions–in case you are concerned about their need, safety and effectiveness.–Augie
Here are Sylvia’s reviews:

Autism affects one in 85 children and the numbers are increasing. I started reading Jenny’s books because I really knew very little about autism.  I thought it was a mental disorder or developmental disability until I ventured upon Mother Warriors, and Healing and Preventing Autism by Jenny McCarthy.

Jenny has written six books, three dealing with autism.  Mother Warriors gave me my first introduction to autism. After reading it, the subject of autism became very personal, because I realized that not only young children could be its victims, but teenagers, and even adults. One of my family members, age 23,  although not autistic, is struggling with the some of the same problems as these kids had.  He had problems with his vaccines, his formula (soy) as a young child, seemed to get better, but then started to develop lots of bronchial infections.  The final nail was the meningitis vaccine he got at his pre-college physical.  A high honor role student and outstanding scholar throughout high school, he suddenly became unable to function at college, developed mono (Epstein Bar virus) and has not been able to finish his degree or work very much.  All he wants to do is gaming and playing Magic, a card game. MD’s shrugged it off and sent him to counseling.  I realized he has a compromised immune system and now know how to apply the knowledge I read about in Jennie’s books to help him. END_OF_DOCUMENT_TOKEN_TO_BE_REPLACED

Posted in AUTISM PLUS ONDs, Prevention and Recovery

Treatment of Autism, ADHD and Other Neurological/Physical Disorders with Specific Nutrient-dense Foods

All health and healing is dependent in large part on an unusual and rare diet. It is not the Standard American Diet (SAD). It is sometimes called a traditional diet– I like to call it a natural diet from naturally grown foods– the way foods were before modern, industrial foods were made, and of course, convenient and fast food.

The proper diet includes many of the foods that we have been taught causes health problems. (That is another story itself). If you cannot get this right and make substantial improvements in your diet, there will be continued degeneration and a lack of regeneration of the cells, and even DNA, within your body. This would be true for physical health and, from logical extension and clinical studies, mental health. (In the movie Super-size Me, the man got progressively sicker during the three months from eating everything at McDonald’s– the hamburgers and fries that do not decompose after a year.)

My interests are in autism and other neurological disorders– prevention, causation and healing with natural foods and other protocols. This is because my son has autism and several other mental disorders. It is interesting to note that this finding correlates with the progressive deterioration of American diets through generations and the increase of vaccinations to the extent that one in six children have learning disabilities and asthma and allergies are escalating. One could only think the rates of increase will climb as these factors are not changing.

END_OF_DOCUMENT_TOKEN_TO_BE_REPLACED

Posted in AUTISM PLUS ONDs, Prevention and Recovery