New, Large Study: Eating Lots of Cheese and Dairy Products Does Not Cause Heart Disease 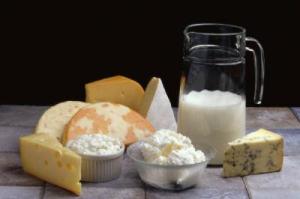 Nothing new for many of our readers, but we have been led astray about the dangers of milk and dairy products. Put the blame on our public health authorities and the USDA dietary guidelines—a deceptive marketing campaign for the multinational food corporations carried out by doctors and dieticians. Although a long-term study just released shows eating lots of dairy has nothing to do with heart attacks, you can be sure it will not change the advertisements and doctor’s advice to eat low-fat or non-fat dairy products and get on a statin drug. As with all the other studies, it will be suppressed as it opposes the goals of the food and medical industries. END_OF_DOCUMENT_TOKEN_TO_BE_REPLACED

Our Cincinnati Correspondent Anita Sorkin, a Weston A. Price Foundation Chapter Leader and Co-director of Ohio Connections to Whole Food and Nutritional Healing, has submitted this article on the health benefits of lard as a tried and true meal making friend.

Article author Regina Schrambling in Lard tells the truth about this healthy fat, childhood memories of her home kitchen, and the food industry con to switch us to synthetic substitutes. “Lard has clearly won the health debate.” Anita says, “The one aspect about lard that is sorely missing here is any mention of the importance of how the pig has been raised. ‘Think local’ and ‘know your farmer’ are the best way to avoid eating any factory farmed animal product.”

Here are some excerpts:

Lard has clearly won the health debate. Shortening, the synthetic substitute foisted on this country over the last century, has proven to be a much bigger health hazard because it contains trans fats, the bugaboo du jour. Corporate food scientists figured out long ago that you can fool most of the people most of the time, and shortening (and its butter-aping cousin, margarine) had a pretty good ride after Crisco was introduced in 1911 as a substitute for the poor man’s fat. But shortening really vanquished lard in the 1950s when researchers first connected animal fat in the diet to coronary heart disease. By the ’90s, Americans had been indoctrinated to mainline olive oil, but shortening was still the go-to solid fat over lard or even butter in far too many cookbooks.

That’s all changed. Now you could even argue that lard is good for you. As Jennifer McLagan points out in her celebrated book Fat: An Appreciation of a Misunderstood Ingredient, With Recipes, lard’s fat is also mostly monounsaturated, which is healthier than saturated fat. And even the saturated fat in lard has a neutral effect on blood cholesterol. Not to mention that lard has a higher smoking point than other fats, allowing foods like chicken to absorb less grease when fried in it. And, of course, fat in general has its upsides. The body converts it to fuel, and it helps absorb nutrients, particularly calcium and vitamins.

Learn more about healthy fats and oils at the Journal, including the Skinny on Fats, The Rise and Fall of Crisco, Butter is Better and more.

Cholesterol concerns over using lard? Well, more on this later; but in a nutshell the same techniques used to con us into eating unhealthy margarine are used to convince us to eat statin drugs to lower cholesterol. See The Cholesterol Scam on the right panel.

END_OF_DOCUMENT_TOKEN_TO_BE_REPLACED

Posted in Fats and Oils

The Skinny on Fats

I have a lot of respect for The Weston A. Price Foundation, their Founder Sally Fallon and the Chapter organizers and the board. As a member since 2003, I must say that they are top leaders in food and nutrition education. I enjoy reading their Journal and their website, as I find their material to be thorough and interesting to read.

Here is the skinny on the fats and oils:

The Skinny on Fats

Fats from animal and vegetable sources provide a concentrated source of energy in the diet; they also provide the building blocks for cell membranes and a variety of hormones and hormonelike substances. Fats as part of a meal slow down absorption so that we can go longer without feeling hungry. In addition, they act as carriers for important fat-soluble vitamins A, D, E and K. Dietary fats are needed for the conversion of carotene to vitamin A, for mineral absorption and for a host of other processes.

Posted in Fats and Oils