Don’t Drink the Fluoride: Get the F Out!

Fluoride is Not Something You Should Be Drinking; The Other Side of Water Fluoridation

As an environmental professional in industrial controls, one of my assignments in 1976 was to prepare an engineering assessment and an air pollutant control techniques document for the phosphate fertilizer industry under an EPA contract. Little attention was paid to the high fluoride content in the stack-gas scrubber waste water, the same gasses that killed cattle in a wide area around the plants in Florida. I later learned these concentrated and toxic fluoride wastes were to be sold to municipalities to discharged directly into public water supplies while the public was being sold the idea of their supposed health and dental benefit package. I have had to live with that for 35 years, so tonight I come out of the closet and introduce you to my new professional affiliation with the Fluoride Action Network (FAN). I joined to help FAN the flames of freedom from fluoridation, as it has been banned in nearly all of Europe for many years. END_OF_DOCUMENT_TOKEN_TO_BE_REPLACED

This past weekend, while at a local health trade show, I happened to just run into a lady named Portia Yiamouyiannis and was pleasantly surprised when I asked her if she was the daughter of Dr. John Yiamouyiannis and she said she was. 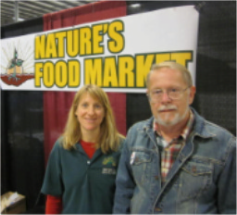 Portia and Me (While Talking Fluoride)

Dr. John Yiamouyiannis was, until his death in the fall of 2000, the world’s leading authority on the biological effects of fluoride. His formal education included a B.S. in biochemistry from the University of Chicago and a Ph.D in biochemistry from the University of Rhode Island. After a year of postdoctoral research at Western Reserve University Medical School, Yiamouyiannis went on to become biochemical editor at Chemical Abstracts Service, the world’s largest chemical information center. It was at Chemical Abstracts Service in Columbus, Ohio  where Yiamouyiannis became interested in the damaging effects of fluoride. (Of course, the Ohio Department of Health did all they could to trash his reputation after his death.) Excerpts from his book, Fluoride–The Aging Factor is here.

I asked Portia if she could tell me what her father would have wanted to say today if he were still alive. Portia told me “he would want everyone to do everything they could to bring as many people together in the local areas to demand that fluoridation be stopped and to do all that is possible to educate the public on the hazards of fluoridating water supplies.” She agreed with me that large numbers of people is all it would take to get fluoride banned in any municipality. END_OF_DOCUMENT_TOKEN_TO_BE_REPLACED

Mass Fluoride Medication in Water Supplies Based on Fraudulent Science: You Decide

Fluoridation of municipal water supplies at its outset in the 40s was based on fraudulent science, according to an article released tonight by Sylvia Onusic.  As I have said on my fluoride and environmental deception column:  Americans are unknowingly being medicated and overdosed without being informed as to the health dangers. Under federal laws it amounts to unethical and possible criminal behavior– especially since the science of its toxicity is well-documented. On my next installment, I will give you a list of at least 500 reference mostly from peer-reviewed journals put together in a book released in November. But for now, I am convinced the mass drugging is much like vaccinations: unsafe, ineffective and unnecessary.–Augie

Here is the introduction to Sylvia’s article:

Anti-fluoride RALLY in Australia. Banned largely in Europe, but only a few cities in America.

The city officials of Grand Rapids in the 1940s had no idea that fluoridation chemicals were toxic industrial waste contaminated with lead and arsenic. They had been reassured that fluoridation was just the “adjustment” of natural fluoride levels. The US Public Health Department, headed by the “father of fluoridation,” H. Trendley Dean, had examined the teeth of children drinking water with high natural fluoride and then approved what was supposed to be a 15 to 20 year study of artificial fluoridation in Grand Rapids, Michigan. The teeth of 30,000 school children were to be monitored up to adulthood, to show the American public that water fluoridation was safe and effective in preventing tooth decay. END_OF_DOCUMENT_TOKEN_TO_BE_REPLACED 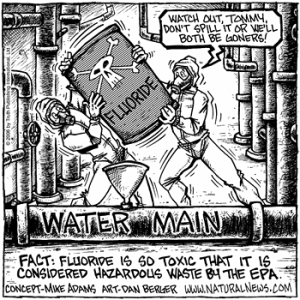 The CDC has recently stated 42 percent of children suffer from fluorisis. Last week that the U.S. government is recommending reduced fluoride levels in our drinking water for the first time in 50 years. They are citing “a fresh review of the science.” Also, the Fluoride Action Network has notified us yesterday that the EPA has accepted their findings and research toward  stopping the spraying of toxic sulfuryl fluoride on fruits and vegetables. An article out today at Natural News speaks of the rapid growth of allergies to aluminum from the aluminum in vaccinations . . . and this is also related to fluoride overdose (more later on this one). Why does the government allow people to be unknowingly medicated, when the science is well-published now and for decades, that fluoridation of municipal water supplies is not safe, not effective and not necessary? END_OF_DOCUMENT_TOKEN_TO_BE_REPLACED

Get the F Out! –Fluoride: Slowly Poisoning the Children? –Part 1

Despite volumes of research and reports on serious health effects from fluoride toxicity and overload in children,  the Ohio Department of Health (and other states) has restarted programs in schools to have children rinse with fluoride and have teeth sealed with fluoride BPA-containing materials. They are  disposing of the EPA-designated toxic wastes in the trash, and drinking the school’s fluoridated water at the fountain, all without prescription or medical supervision and prescreening. As a result of this and more, children’s teeth are permanently stained and deformed. . . and worse.

Sylvia Onusic just returned from a national conference on fluoride sponsored by the Fluoride Action Network (FAN), www.fluoridealert.org,  and we are pleased to have her as a guest writer on this shocking original and exclusive expose on fluoride poisoning and overload in children. This article focuses on fluoride rinses conducted in schools and was prompted by Ohio’s fluoride rinse and sealant program now increasing rapidly—and in many other states as well. You will want to spread this article around and also take note on the ACTIONS TO BE TAKEN at the end of the article. David Michael, a Journal correspondent, will present more on this subject later this week.–Augie 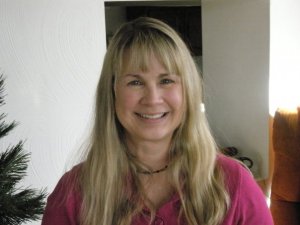 Sylvia P. Onusic holds a PhD from Pennsylvania State University and works in the fields of public health, health education and nutrition. She conducted research in the country of Slovenia under a Fulbright Grant awarded to her by the US Department of Education in the field of public health and later was appointed by the Slovene Government to a position at the Ministry of Health where she worked for six years. Currently she has been researching and writing about fluoride and is a member of the Fluoride Action Network. She regularly writes for Harkeisonline.com, of the Weston A Price Foundation, other online and written publications, and lectures on traditional foods, nutrition and health.

Our kids are getting too much fluoride. It’s here, it’s there, it’s everywhere!  You might think, if a little is good, more is better. Not in the case of fluoride, which has no nutritional value in the human diet and is considered an extremely hazardous material which requires, by law, special transportation and disposal. Fluorine is the element, and all compounds of fluorine are called fluorides. Calcium fluoride occurs in nature but it is not calcium fluoride that is put into toothpaste, mouth rinse, drinking water, and other products. The fluoride added to US drinking water is considered a hazardous waste by EPA. Now it is purchased from China.  Remember the melamine in baby formula, the tainted dog food, the childrens’ toys and jewelry? 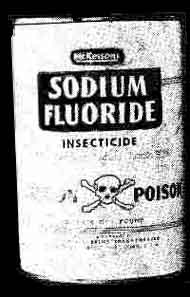 Before the 1950’s, fluoride was considered a poison by the American Dental Association and American Medical Association.  But after World War II, the American medical community flip- flopped, like some politicians, on their opinion of fluoride. In the 1950’s the American Public Health Service hired Edward Bernays, the grandson of Sigmund Freud, to sell fluoride to the American Public. He had previously done so with cigarettes, advertising that the best MD’s smoke Camels. After one study, which was not completed at Grand Rapids, Michigan, the US Public Health Service pronounced fluorides great for preventing cavities.  Since then fluoride chemicals have slowly made their way into many facets of our lives, our water, drugs, pesticides, toothpaste, mouth rinse, dental floss, and food products. END_OF_DOCUMENT_TOKEN_TO_BE_REPLACED