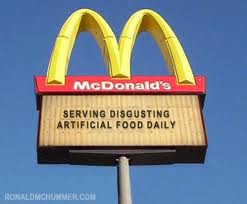 A recent study out of Georgetown University Medical Center has concluded that what you eat can affect your children’s and grandchildren’s health, even if they eat healthy themselves. Sonia de Assis and her colleagues observed that rats fed Omega-6 fatty, unhealthy food pass on an increased cancer risk to their children and grandchildren. Omega-6 fats are found in cheap, industrial oils such as soy, vegetable and corn oil.

The study results were presented at this year’s American Association for Cancer Research in Washington, D.C., and illustrates that a fatty diet can actually contribute to “epigenetic” DNA modifications, which are inherited changes in DNA patterns. Essentially, one’s offspring can inherit DNA changes caused by their parents’ unhealthy diets and other environmental factors.

The story at msnbc states: If a person’s parents or grandparents ate a diet rich in processed, chemical-laden foods throughout their lives, then the DNA changes that likely occurred in their bodies may be passed down to their children. Even if they themselves didn’t develop cancer, the children will be more likely to develop it, based on the findings of the study. 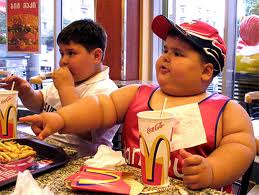 And if the children also eat junk food diets that lack proper nutrients, antioxidants, vitamins and other necessary life components, then their children will be even more prone than they were to develop degenerative diseases like cancer. END Excerpt

This should come as no surprise at all since decades ago both human and cat studies showed  moving into poor diets with junk food caused a host of degenerative diseases, premature deaths and inability to reproduce. Now, with the dominance of poorly produced, excessive processing and chemical additives, contribute greatly to an epidemic of auto-immune and a neurological disorders accompany physical degeneration and the more classical ailments. In other words, junk foods are a cause of birth defects, and is shown by this rat study to affect DNA structure passing it on to the next generation.  (I want to define my use of “birth defects”—hereditary factors that sets up a child for serious health problems at birth, during childhood or later. There is plenty of information now on how various stresses, such as what we eat and drink, cause fractures in DNA—and can be repaired by the body by changing the conditions. Vaccinations and other exposures can also do much damage.

This new study confirms what has been known for more than 60 years and has been proven over and over again.

In his classical experiments in cat feeding, more than 900 cats were studied over 10 years. Dr. Frances Pottenger found that only diets containing raw milk and raw meat produced optimal health: good bone structure and density, wide palates with plenty of space for teeth, shiny fur, no parasites or disease, reproductive ease and gentleness.

Cooking the meat or substituting heat processed milk for raw resulted in heterogeneous reproduction and physical degeneration, increasing with each generation. Vermin and parasites abounded. Skin diseases and allergies increased from 5% to over 90%. Bones became soft and pliable. Cats suffered from adverse personality changes, hypothyroidism and most of the degenerative diseases encountered in human medicine. They died out completely by the fourth generation.

The changes Pottenger observed in cats on the deficient diets paralleled the human degeneration that Dr. Price found in tribes that had abandoned traditional diets.

Dr. Price’s Studies of Change from Traditional to Modern Foods

Dr. Weston A. Price was a Cleveland dentist that traveled the world and found that diets consisting of natural foods maintained the health and vitality of many cultures thoughout the world for generations. When modern, processed convenience foods entered into the reach of these peoples, those that ate them and their suffered degenerative diseases and disorders. His worldwide findings clearly showed that dental caries and deformed dental arches, resulting in crowded, crooked teeth and unattractive appearance, were merely a sign of physical degeneration, resulting from what he had suspected – nutritional deficiencies.

From the Price-Pottenger Nutrition Foundation, here is an excerpt of Dr. Price’s findings about his classic 1952 text, Nutrition and Physical Degeneration.

Price traveled the world over in order to study isolated human groups, including sequestered villages in Switzerland, Gaelic communities in the Outer Hebrides, Eskimos and Indians of North America, Melanesian and Polynesian South Sea Islanders, African tribes, Australian Aborigines, New Zealand Maori and the Indians of South America. Wherever he went, Dr. Price found that beautiful straight teeth, freedom from decay, stalwart bodies, resistance to disease and fine characters were typical of primitives on their traditional diets, rich in essential food factors.

When Dr. Price analyzed the foods used by isolated primitive peoples he found that they provided at least four times the calcium and other minerals, and at least TEN times the fat-soluble vitamins from animal foods such as butter, fish eggs, shellfish and organ meats.

The importance of good nutrition for mothers during pregnancy has long been recognized, but Dr. Price’s investigation showed that primitives understood and practiced preconception nutritional programs for both parents. Many tribes required a period of premarital nutrition, and children were spaced to permit the mother to maintain her full health and strength, thus assuring subsequent offspring of physical excellence. Special foods were often given to pregnant and lactating women, as well as to the maturing boys and girls in preparation for future parenthood. Dr. Price found these foods to be very rich in fat soluble vitamins A and D nutrients found only in animal fats.

These primitives with their fine bodies, homogeneous reproduction, emotional stability and freedom from degenerative ills stand forth in sharp contrast to those subsisting on the impoverished foods of civilization-sugar, white flour, pasteurized milk and convenience foods filled with extenders and additives.

When people move from the eating nutritious, farm fresh foods and begin eating junk foods, their health fails. But when they move from McDonalds, TV dinners, Cheeto’s, Cokes and Twinkies to farm, fresh foods including dairy products and other nutritional foods and snacks, their health improves, and in many cases their disorders go away. As successive generations in a family continue to eat poorly the de-gene-ration accelerates and health problems can multiply.

TODAY’S OTHER POST IS:  Vaccinations: Choice or Forced? –Part I

This entry was posted in 6. Nutritional Health Studies, Ebooks on Health & Nutrition and tagged Fats and Oils, Grass-fed meats, health and nutrition, raw milk, Weston A. Price. Bookmark the permalink.